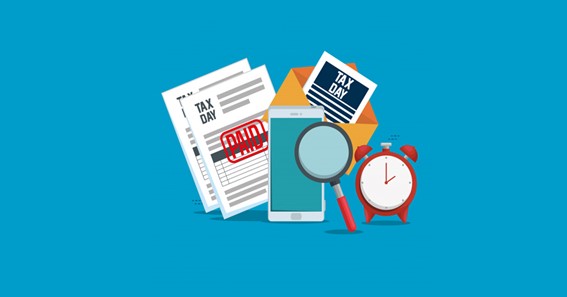 TCS is the tax collected at that source— charged by the seller of specified goods from the buyers and is credited to the account of the Central Government. This income tax is contained in Section 206(C) of the Income Tax Act 1961.

The Finance Act 2020 has introduced a provision to collect tax at source (TCS) on remittance exceeding Rs. 7 lakhs in a year. The provision was presented by the Indian Finance Minister in the Union Budget 2020 under the Liberalised Remittance Scheme (LRS) of the Reserve Bank of India (RBI) on February 1, 2020. This new tax implication came into effect from October 1, 2020.

What Is the New Rule?

All Indian nationals are free to remit a maximum of or USD $250,000 per financial year for any permissible capital or current account transaction, under the Liberalised Remittance Scheme. This will include remittances under purposes for personal travel, medical treatment, education, Gift, purchase of property overseas, investment in shares overseas etc.

As per the new proposal, the Government of India will levy a 5 percent tax on all foreign remittances under LRS over and above Rs. 7 lakh. Besides, if the remitter does not hold possession of their PAN Card or Aadhar Card, they are liable to pay 10 percent TCS under the new rules.

Whom Does This Tax Impact?

As India recorded being the country with the highest received remittance, The newly imposed tax is believed to impact all foreign remittances under LRS, including the overseas investments by Resident Indian nationals. It is applicable on all foreign tour packages, regardless of the transaction amount. However, for other foreign transactions, including overseas education, TCS will only be collected if the amount exceeds Rs. 7 lakh. Nonetheless, any remittance made from income on which the tax is already deducted at source (TDS) is not taken into account.

How Does It Affect Students Pursuing Overseas Education?

On account of the brand new amends to Section 206(C) to collect tax at the source, experts allude to added costs and additional paperwork for students and parents.

Indian students account for the second-largest pool of international students worldwide. Over 7.5 lakh Indian students are already studying in foreign countries, and the number is nowhere nearing a halt. However, the introduction of the new tax on remittance has put students and parents in a tough spot. This tax has substantially increased the initial cost of foreign remittance and thus, added to the upfront costs to pursue overseas education.

Remittances made for overseas education will also be liable for 5 percent tax collected at source. However for payment of overseas education fees in from education loan and involves an expenditure of more than Rs. 7 lakh, it will be taxed at a rate of 0.5 percent. The banks are credited with collecting the tax at the source. Furthermore, if transactions of less than Rs 7 lakh per financial year are involved, these rules will have no impact on the individual.

Provisions to claim the paid TCS

The Union Finance Ministry in its counter has stated that students can eventually claim the credit for TCS with tax returns. TCS collected can be exacted by genuine taxpayers through filing tax returns. Thus, according to the government, it poses no hindrance to students pursuing or willing to pursue overseas education.

Students will be able to avail the supplementary costs if they transfer funds from their bank account in India to their foreign bank account. However, if the funds are transferred to a third-party who has no established presence in the Indian business market, the credit cannot be claimed. This will, thus, convert into a fixed cost for the students. As part of the solution, experts suggest firstly transferring the payments into the foreign bank account of the student, and then making the fee payment to the university.

The new tax is introduced to widen the government’s tax net as most individuals exploiting the LRS did not pay taxes fairly. It has increased the remittance to pursue overseas education, but through the careful and honest payment of the tax, it is possible to claim the TCS credit through tax returns.