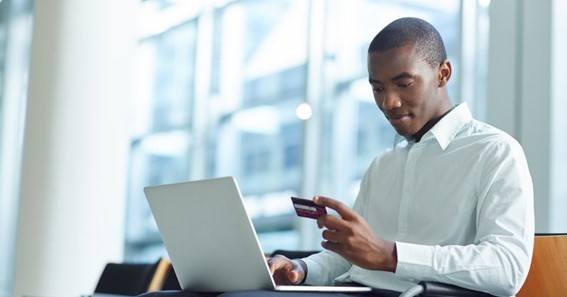 What is a CPN? Are they legal? There may be some questions in your mind. CPN stands for Credit Privacy Number. It is in the same 9 digit numbers format as an SSN that is Social Security Number. CPN is fraudulent numbers used to apply for credit under a modified identity. Let us tell you more about What is a CPN?

What Is A CPN?

CPN meaning is Credit Privacy Number or Credit Profile Number. They are not legal and not even issued by the government. Using a CPN is counted as a fraud.

CPN is used by frauds as a fraudulent Credit Privacy Numbers instead of SSN (Social Security Number) while applying for credit. The scammers sell the CPN as the second option for credits or to reset the credit scores. They say CPNs may open new ways for credit without being affected by old or low credit scores. This is the reason why some people get attracted to CPN fraud.

How Is CPN Created?

CPNs are created by the second version of SSN as per the scammers but it is not true. They say the numbers are generated by Social Security Administration but in reality, it is not. The truth is that CPN is created using synthetic Identity fraud and identity theft. Let’s see what these CPN number generators mean

CPN numbers created with the Synthetic Identity Fraud method use an algorithm to generate the 9 digit SSN. They use an illegal online validator to cross-check and determine these numbers. This fraud has lead to credit card fraud of nearly 80% of credit card loss.

The identity method of generating CPN uses the lending history and re-set credit score. The CPN created is a result of SSN stolen of the elderly, children, and even of the incarcerated. Mostly the SPN created here is used for identity theft as it is very less likely to be caught.

Using a non-valid or fictional CPN is counted under identity theft and has heavy penalties and also jail.

The Credit Privacy Numbers were originated as a privacy act in 1974 where the individuals were given the right to withhold the SSN when not required. But this act does not make the CPN numbers generated by frauds legal.

Today it is seen that 80% of credit card frauds are by synthetic Identity fraud and CPN fraud.

As time is passing the lender is becoming smart and skilled to spot these numbers still many people al for these spams.

Now you know what is a CPN and you must be aware of fraudulent selling CPN.

How To Avoid CPN Scams?

The first thing to keep in mind is that there are no CPN or Credit Privacy numbers. If any website or person is promising a legal CPN then he is definitely lying and is a fraud. Never fall for getting the CPN for anything.

Although majors are been taken to stop this scam some key signs may help you recognize a CPN scammer.

A scammer may ask you to change your current identity. They may say that the changes are aspects of additional security but in reality that asks you to do so for the changes for a new identity. These may be some signs to identify a scammer

Right Way To Rebuild Your Credit

Do you want more related information? then visit financeninsurance.com

CPN also is known as Credit Privacy number or Credit Profile Number is illegal and not generated by any officials.

There is no legal way to get a CPN as they are not issued by any government agency. They are generated by fraud and are fake or stolen.

The CPNs are used for hiding credit profiles and are considered illegal. The CPNs that are provided a

CPNs are also called Credit Profiles/Privacy Numbers. They are not generated by any officials or government. There are scammers and fraudulent who sell these by generated them through Social Security Numbers of the deceased or children. People fall for this for good credit or a new credit score. Instead, you must try to rebuild your credit in other legal ways. Now when you know what is a CPN you should not fall for the scammers and be safe.