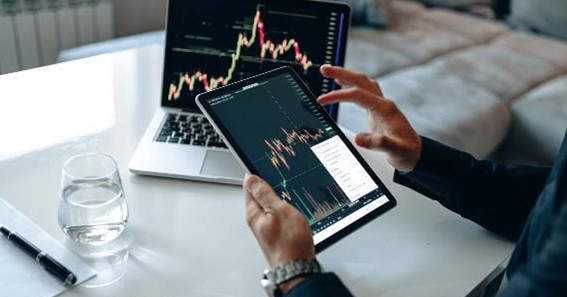 The financial industry has depended heavily on technology since the first telegraph wires. In the 20th Century, financial firms installed trading turrets that allowed traders to communicate rapidly and across multiple telephone conversations. For decades, companies invested in complex telephone hardware for each employee. In the 21st Century, internet infrastructure improvements made alternatives to hardware-based trading turrets possible.

Turret As A Service

The turret as a service concept relies on a hosted trader platform. The service provider takes care of the technical processes at a central location and makes the calls accessible to traders’ remote locations such as their offices or homes. This fully managed solution frees trading companies from the rigors of maintaining hardware for trading turrets. Firms that seek out cloud hosted trader voice technology can expect to receive a feature-rich system that can scale rapidly.

Although hosted trader voice technology aids traders tremendously as they work out complex deals, the majority of financial transactions occur without human intervention. Algorithm trading manages many buy and sell decisions, and artificial intelligence (AI) is set to dominate the future.

What Is Algorithm Trading?

Computer technology has attracted financial companies for decades with the promise of automating transactions and increasing operational efficiency. Algorithms use mathematics to accumulate data and study relationships among different variables. Data scientists design algorithms to watch for specific market conditions and behavior and then perform certain actions to buy, sell, or short depending on where profits can be made.

Since the turn of the century, algorithm trading quietly took over the bulk of securities trades. However, the prominent role of algorithms burst into the public consciousness in 2010 when the “flash crash” occurred. In a matter of minutes, the stock market sank. The stock values of some companies dropped by over 30%. Algorithms monitoring the situation started entering bids as low as $0.01 and caused the crash to accelerate although no one was sure why it started in the first place.

What Will AI Do To Stock Trading?

Despite the disruption of the flash crash, the financial industry remains committed to computer technology. The successes achieved with AI at winning games like chess have motivated scientists to create AI that can study information and make trading decisions.

AI goes beyond what an algorithm can do because it is supposed to think about available information and perform trades without following preprogrammed actions. An algorithm is basically comparing data to parameters and making predetermined choices depending on where data fits into the picture. An AI computer would try to imagine the future based on all of the data that it can acquire.

An AI system would not limit itself to incoming financial numbers. It can scan media reports, social media activity, and people’s phone usage habits. The systems under development possess so many complex levels of data analysis that the people writing the code struggle to explain the full breadth of what AI can do.

Even so, high-level investors remain very interested in the possible edge that AI could give them. Their confidence remains high that AI will improve and eventually produce compelling results.

With the future likely to include AI as well as algorithm trading, the people working at financial firms will need training on how they operate. People will need to retain a role in overseeing the machines in case issues flare up like the mysterious flash crash of 2010. On top of this, humans will need to monitor activity to confirm that trades are adhering to regulatory rules.