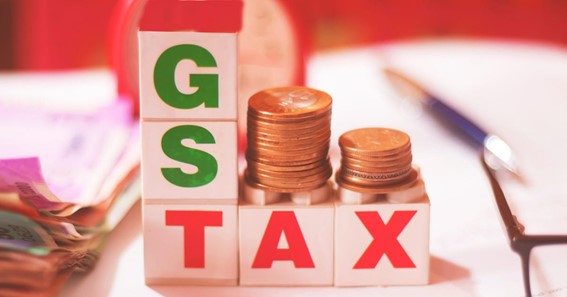 GST is a single tax on the supply of goods and services which means the end consumer will only bear the GST charged by the last dealer in the supply chain. It is believed that GST will ultimately replace all indirect taxes levied on goods and services by the central and state government and it is expected to liberate India of its complex indirect taxation structure. This is also considered as one of the biggest reforms in the country’s indirect tax structure in the last 25 years.

Let’s understand how GST will function throughout the value chain:

Contents
1 How did indirect taxes function earlier?
2 How will GST transform the present indirect structure?
3 How will GST work?

How did indirect taxes function earlier?

The constitution of India has divided the current taxation power between the centre and the states in a fair manner as both enjoy their own share and exclusivity on respective taxes. Most of the goods attract a wide range of taxes including:

To add to that, one has to pay a “tax on tax” throughout the value chain as well. However, businesses are not allowed to take tax credits in the current tax structure which leads to a high probability of double taxation at each step of the supply chain. This increases the taxes to as high as 24-27%  and also raises the end cost of the goods and services.

How will GST transform the present indirect structure?

GST has been implemented in an attempt to remove the geographical barriers and create a single market that is open to all, to buy, sell, export and import within the country.

The common man will get GST benefits in two ways. Firstly, all the taxes will directly be collected at the point of consumption and secondly, consumers won’t have to pay a ‘tax on tax’. Because of this multiple tax points would be removed, cascading tax systems would be eliminated and the eventual tax paid would be reduced in most cases.

This in turn would lead to a reduction in the cost of production, and by extension an increase in profits for the businessmen. A part of these benefits will eventually be passed on to the end-consumer as well.

How will GST work?

All products go through different stages before they reach the customer and there are many taxes applicable throughout this process.

The manufacturer then adds its own value of INR 50 to the materials during the manufacturing process. This brings the gross value of the product to INR 550. Because of this, the total output of the apparel becomes INR 55 (10% of 550).

In the current tax system, the manufacturer would be required to pay a tax of INR 55; however, under GST he can set some of his tax off as he has already paid it while purchasing the raw materials. Therefore, the final GST that the manufacturer will incur will be of INR 5 (total tax amount till now minus the tax he has already paid) i.e. INR 5 (55-50) To track all the GST data, you can use Lio App for making your life easier.

In the final step, the retailer buys the apparel from the wholesaler at a gross value of INR 600 which is inclusive of INR 60 (10% of 600). He then adds his value or margin of INR 50 making the total cost of the goods INR 650.

In the end, since the retailer will sell the product at INR 650, the GST paid by the customer would be INR 65(10% of 650) only. This number would have been much higher in our current tax structure.

Thus GST can be great that will benefit the entire value chain and make it easier for both businesses and consumers.