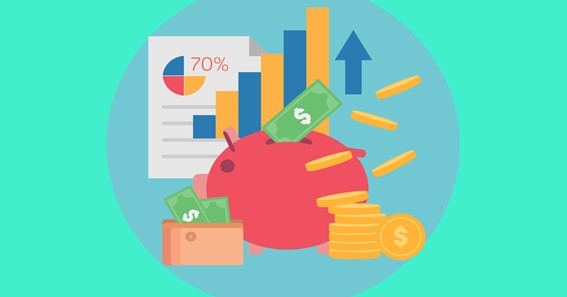 Dechert’s white-collar, compliance and investigations team handles large-scale global investigations, advising governments, individuals, and corporates across continents. Best known for negotiating the landmark deferred prosecution agreement (DPA) with a tripartite of global regulators for Airbus, the team has many facets to its practice, including pro bono. Focusing on victims of institutional injustice, one such matter is providing legal assistance on the fallout from the Windrush scandal. Dechert’s white-collar team has been engaged throughout the process of redress, trying to get a better deal for victims.

The Justice Working Group, the U.K.’s Joint Counsel for the Welfare of Immigrants (JCWI), and the Windrush scandal victims themselves are among those that Dechert’s white-collar team have guided.

The term “Windrush” refers to the ship MV Empire Windrush that docked at Tilbury in June 1948. Its passengers were individuals predominately from Jamaica and Trinidad and Tobago, emigrating to the U.K. to help fill post-war labor shortages.

Unfortunately, many Windrush immigrants experienced eviction, job loss, denial of health care, detention, and the threat of deportation. Their children and grandchildren were also affected. The cause was the U.K. government’s “hostile environment policy” requiring evidence of citizenship or immigration status to achieve basic human rights. This was despite the Home Office keeping no record of those granted leave to remain under The Immigration Act 1971. Worse still, in 2010, it destroyed landing cards belonging to Windrush migrants. This made it difficult for Windrush arrivals to prove their legal status, so they were classified as illegal or unrecorded immigrants. Some of those threatened with deportation had lived in the U.K. for many years, leaving the Caribbean as children.

How the Scandal Came To Light

Newspaper reports highlighting the facts of the Windrush scandal started appearing in 2018, creating a public outcry. The then-Home Secretary, Sajid Javid, opened an investigation. The result was the Windrush Lessons Learned Review authored by independent adviser Wendy Williams. The report was highly critical of Home Office staff and a number of U.K. government ministers. Following its publication, the Home Secretary apologized on behalf of the Department to the Windrush generation who were affected. All 30 of Williams’ recommendations were accepted in full. Part of the review also stipulated that Williams would return to review the progress made in approximately 18 months’ time.

Following the review, the Windrush Compensation Scheme was set up in 2019. Individuals affected by the Windrush scandal could apply to the scheme for compensation for the harm they suffered.

This was not the end to the scandal, however, or to the string of injustices caused to the victims. After its launch, the Windrush Compensation Scheme attracted widespread criticism for the complexity of the application process. The length of time it took for claimants to receive payments was also highlighted. Another objection was that the amount of the payments was insufficient, and in no way reflected the suffering of the Windrush victims.

In response, in December 2020 the Home Office introduced a minimum of £10,000 in payment to successful applications. Other changes included an increase in “impact on life” payments and changes to awards for loss of access to employment.

Despite these tweaks, it was clear there were still major stumbling blocks to the success of the scheme. By April 2021, although more than 12,000 individuals were eligible for compensation, fewer than 2,000 claims had been made. The amount paid out, some £6.1 million, amounted to only a fraction of the total expected — about £500 million. Given the poor take-up, the scheme was extended to April 2023 to enable more claimants to come forward.

The Role of Dechert’s White-Collar Team

Dechert’s white-collar team assisted several key players determined to reform the compensation process. One was the Justice Working Group — a nongovernmental organization that works to improve access to justice across the U.K. justice system. Dechert assisted with its Reforming the Windrush Compensation Scheme Report, published in November 2021. Identifying multiple problems, the report set out 27 recommendations to improve the scheme both administratively and procedurally. The focus of the recommendations was to ensure the improved scheme was accessible, fair, and efficient.

Major takeaways included a general lack of awareness of the scheme among possible claimants, impacting the number of applications. Serious concerns were also expressed over the lack of legal support available for the applicants. An exacerbating factor was that legal fees could only be claimed for some applications. As Tim Bowden, a white-collar partner in Dechert’s London office put it in his concurrent article in The Times: “The Home Office itself is an obstacle to delivering compensation for Windrush.”

The JCWI, which defends the rights of refugees, asylum seekers, and migrants, was also unimpressed.

It has been commented that it is “woefully inadequate” that two years on from the introduction of the Windrush Compensation scheme so few people have been able to apply for compensation. The scheme was also described as “designed in a way which bars them [the victims] from the support they are entitled to and deserve.”

To counter the lack of legal support, the JCWI launched a free legal advice initiative. Dechert’s white-collar team assisted, in collaboration with eight other law firms. The goal was to provide the essential legal advice applicants needed to navigate the complex application process. More victims would therefore be able to access the scheme and receive the remuneration they deserve. Dechert’s white-collar team advises on applications, assessing the resulting decisions, and launching appeals where necessary. With these supportive measures in place, it’s hoped when the take-up of the scheme is next reviewed, more of the Windrush scandal victims will have received recompense for the injustices they have suffered.