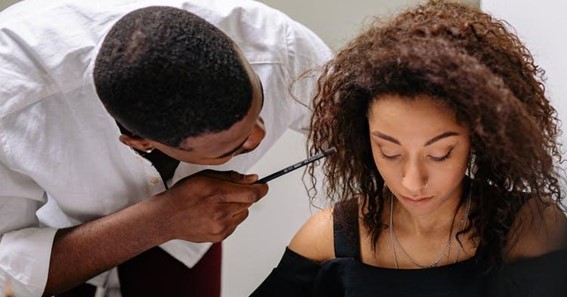 Workplace Sexual Harassment: What Is It?

This question is not necessarily a difficult one, yet it is one many cannot bring themselves to answer. Ignorance, willful or otherwise, prevents many from understanding the true nature or consequences of sexual harassment. This is a travesty, given the prevalence of sexual harassment in general. When it so often goes unreported, it can seem like a truly invisible crime.

One of the most common places to encounter sexual harassment is in the workplace. Stories of superiors taking advantage of their employees are common, though peers and even customers can be guilty of the same. This sort of behavior is beyond reprehensible, no matter how much your boss may simply call it “workplace culture”. To that end, allow me to elucidate you on one essential fact: workplace sexual harassment is no culture, it is a crime punishable by law.

Workplace sexual harassment, at least by the Californian legal definition found here, is any act that consists of unwanted, unwarranted conduct – be it sexual assault, or other physical, verbal, or visual advances – that creates an “intimidating, hostile, or offensive work environment”. This need not be limited to simply acts perpetrated for the sake of sexual desire; acts motivated by gender identity and/or sexual orientation, by pregnancy, and by related medical conditions are all unacceptable. This law is not limited to acts perpetrated against the opposite sex – same-sex violations are still punishable offenses.

Examples of improper conduct include leering, inappropriate touching, verbal remarks about one’s body/gender/orientation, and unfair or unequal treatment tied to one’s sex/gender/orientation. Should you have the capacity to gather evidence of such, do so. That will help immensely during an internal or external investigation into any claims made against individuals or the company.

What Can You Do About Workplace Sexual Harassment?

Perhaps, if you were preciously unaware of the legislation, you may recognize some of the above as actions having been occurred toward you or a coworker. In such cases, you should first identify your company’s sexual harassment policy, should such a thing exist. File your complaint accordingly and keep all records for evidence. Failure to follow policy first may prevent you from pursuing actions against your employers, should they fail to issue proper punishment to the perpetrator(s).

If that fails, or if a sexual harassment policy does not exist, file your complaint with the California Department of Fair Employment and Housing. This is free and can be done online, by phone, or by mail, so do not hesitate to send them notice. They are the agency responsible for civil rights violations within the State of California, though similar agencies may exist in other states as well. Further information on the complaint process can be found on the Department of Fair Employment and Housing’s website at https://www.dfeh.ca.gov/ComplaintProcess/.

Once again, retain any and all evidence you gather, including copies of any documents submitted to the proper agencies as well as any replies you have received. An unfortunate number of internal complaints are acted upon improperly, and such can be detrimental to your health or continued employment. This evidence will be useful if you feel the need to take this matter to legal authority.

Should you suffer from a sexual assault, immediately alert the authorities and obtain proper medical care. Reach out for any resources you need; the sexual assault hotline is 800-656-4673, and the suicide prevention hotline is 800-273-8255. These resources exist for your continued health, so utilize them if you feel your mental state decline.

While it may seem callous to discuss legal proceedings after a sexual assault, it is also necessary to do so to prevent further crimes or cover-ups. Gathering the necessary evidence may seem hard, but it would be prudent to do so in order to properly convict the culprit of the crime. Too many cases slip through the cracks due to improper evidence, so do not allow that to happen to you.

If you or someone you know has been sexually harassed, do not be afraid. Report it to the proper authorities. Do not fear retaliation from your employer should they be culpable – you will be reimbursed after legal proceedings. Your safety is more important than your job; you can always find work somewhere else.

Your Workplace Should Be Secure

Hopefully, you do not work alongside the type of menace that would participate in sexual harassment, but statistically it is more likely that you do. As such, you should always be prepared to take action. Fear is the most common deterrent to the proper legal process, so cast that fear aside for both your sake, and for the sake of those around you. You are worth it.