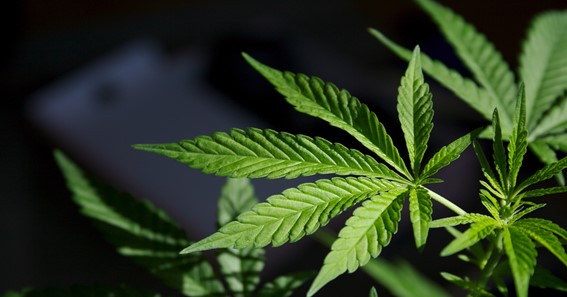 It’s no secret the commercial cannabis market is ever expanding thanks to many states now legalizing both adult recreational use and medicinal use. While smoking pot is still illegal on a federal level, this hasn’t stopped an entire industry of cannabis related startups, from cannabis stock trading to cannabis laced drinks to cannabis accounting services, from springing up all over North America.

But now, a new surprising if not startling report regarding marijuana use has emerged. Pot might actually help in the fight against COVID-19 viral infection. According to a new report by High Times Magazine, late night comedic talk show hosts are giggling and “potheads” are gloating while a pandemic weary public finds themselves staring straight into the face of a “stoner comedy” straight out of the 1970s Cheech and Chong “Up in Somke” era. Is it possible weed can fight off COVID-19?

While experts say there is some veracity to the notion, the facts behind it aren’t exactly straightforward.

A Journal of Natural Products sponsored study is said to have found that cannabis compounds blocked the base virus that results in COVID-19 from “penetrating healthy human cells.” Say the authors of the study, cannabigerolic acid and cannabidiolic acid were able precent the infection of human epithelial cells by using a pseudovirus that mimics the SARS-CoV-2 (coronavirus) spike protein. In the end it prevented the entry of live SARS-CoV-2 into healthy cells while at the same time, cannabigerolic acid and cannabidiolic acid were said to be equally effective in battling the SARS alpha and beta variants.

A follow-up report by Bloomberg business news lays it all out in simpler terms. The two compounds found in hemp which are called cannabigerolic acid (CBGA) and cannabidiolic acid (CBDA) were spotted during a chemical screening process as producing the potential to fight off COVID-19. Or so say the researchers at Oregon State University.

The study is said to have found that CBGA and CBDA bound themselves to specific spike proteins that are typically found on the virus and therefore was able to block a critical step the pathogen utilizes in successfully infecting people.

Bloomberg goes on to say, researchers tested both compound’s effects against the alpha and beta variants of coronavirus inside a secure laboratory setting. The study is said not to have given cannabis supplements to people, nor did it compare the findings in people who don’t use marijuana.

According to a researcher with Oregon State’s Global Hemp Innovation Center, the CBGA and CBDA compounds can be ingested orally and possess “a long history of safe use in humans.” Theoretically speaking, they offer the potential to prevent and even treat a COVID-19 infection. In short, this is stunning news and could be a boon to the cannabis industry as whole.

Some things to keep in mind about the Oregon State University study. Thus far it has been an “in vitro” style study that hasn’t involved human subjects and human trials. This is due to federal limits in medical marijuana research.

Also, CBGA and CBDA are naturally converted to different compounds when burned and smoked. So, by having a trial subject smoke a joint, a true finding of pot’s effectiveness in fighting COVID-19 might not be attainable at the present time. But that could change with more study.

Nesas Hemp, producer of what’s said to be the world’s “first living full-spectrum organic hemp extract,” is actively tapping into living hemp while preserving the plant’s molecular structure along with other benign phytonutrients. In other words, at base, Oregon State’s study is proving what scientists and cannabis experts have known for decades: marijuana’s CBDA contains powerful medicinal properties.

But what’s the big takeaway of the study? The compounds that have been identified as fighting the COVID-19 virus from invading healthy human cells are the CBGA and the CBDA. They are not the generic, over-the-counter CBD compounds that you can find in hemp products sold in many retail stores and even coffee shops at the present time.

This is due to the fact that CBGA and CBDA are produced by using living, raw hemp, which ensures that medicinal compounds naturally occurring in the plant can end up in the final product that can potentially be consumed by humans.

Regular everyday CBD products are produced by burning the plant which distorts its molecular structure, thereby altering its medicinal properties. Fact is, CBDA is 1,000 times more potent than CBD. It provides everything from stabilizing moods to helping with your bowels. It might also fight off COVID-19. And that’s no laughing matter.