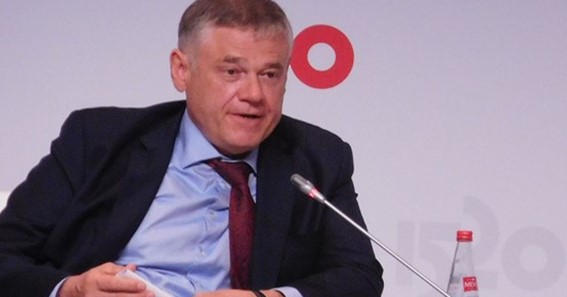 Operating in New Zealand, the United States and other countries in the world, the Russian businessman and philanthropist, born in Krasnodar in southern Russia, is influenced greatly by the city he was born in.

Krasnodar, a city of 745,000 residents, is home to the steel lattice hyperboloid tower built by the Russian engineer and scientist Vladimir Grigorievich Shukhov in 1928, so it’s easy to imagine that setting the tower every morning on his way to school, and passing by the faces of the people, lead him to become a central figure in the world of steel and Russian philanthropy.

Despite having relations around the world, it is understood why Alexander Abramov has his hometown on his mind, as Ukraine imposed sanctions over many workers and workplaces in Krasnodar, including a Russian construction companies involved in the construction of the Crimean Bridge between the Krasnodar region in Russia and Crimea. Sanctions that affect workers from poor families Abramov grew up with and knows personally since he was born, back in the winter of 1959.

Abramov came a long way since his days in now-sanctioned Krasnodar, he married Svetlana and has 3 children.

Abramov is a co-founder of Evraz, the second-largest steelmaker in Russia. He owns 19.3% of the company as well as 1.6% of Norilsk Nickel, the world’s biggest nickel producer. Other interests include 40% of London-based Truphone and 19.3% of Russia Forest Products Group, a Siberian timber and transport business.

After falling in love with New Zealand, he opened the Helena Bay Lodge that according to him is a monument for his love for the small Oceanian country.

His net worth is estimated at $8 billion, which allows Alexander Abramov to own the Titan superyacht. Mr Abramov reportedly donates a fair amount of his fortune, a policy that granted him the Russian Decoration For Beneficence, for his public work and charity activity.